Member of the International Scientific council of Biology 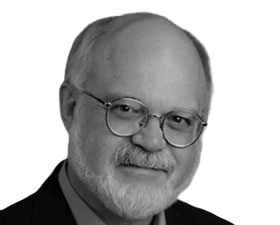 John G. Hildebrand earned his A.B. degree at Harvard University in 1964 and his Ph.D. at Rockefeller University in 1969. Following postdoctoral work at Harvard Medical School, he joined the faculty of its Department of Neurobiology in 1972. In 1980, he was appointed professor of biological sciences at Columbia University in New York.

In 1985, he moved to the University of Arizona in Tucson as Professor of Neurobiology and founding Director (1985-2009) of the Arizona Research Laboratories Division of Neurobiology, an organized-research unit dedicated to the neurobiology and behavior of insects. During 2009-2013, he was founding head of the Department of Neuroscience after the Division became a Department. Currently he is Regents Professor of Neuroscience and Professor of Chemistry & Biochemistry, Ecology & Evolutionary Biology, Entomology, and Molecular & Cellular Biology. In 1988, he co-founded the University’s Center for Insect Science, a unique and renowned academic enterprise. His research fields are insect neurobiology and behavior, physiology and functions of the chemical senses, chemical ecology, and the biology of arthropod vectors of pathogens. He has served as mentor for 49 postdoctoral associates, 10 Ph.D. students and a M.S. student, and more than 100 undergraduate research students. He has been an editor for five books and has published more than 220 peer-reviewed research papers, reviews, chapters and miscellaneous articles.