"I see the potential to step outside the Czech Republic and succeed in the world with Czech scientists, so I decided to support the Neuron E.F.." 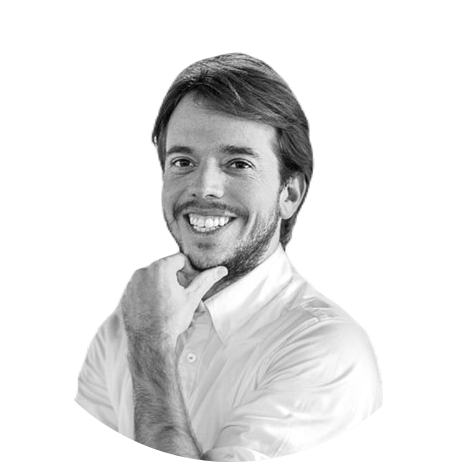 Jakub Havrlant (* 1984) is the founder, CEO and sole shareholder of the Rockaway Capital Group, which he founded in 2013 with the vision to build a global investment group from the Czech Republic. It is precisely the potential of Czech scientists to step out of the Czech Republic and to establish themselves in the world that is why he decided to support the Neuron Endowment Fund.

Before founding Rockaway, he supported startups as an angel investor in the Czech Republic (eg Brand Embassy, ​​today the leading customer care platform that works with Apple, for example), in Brazil (eg fintech startup Creditas) 10x), or in the US (such as ProductBoard, in which Kleiner Perkins Caufield & Byers, signed under the success of Amazon, Google, and other global businesses) also invested in 2018. At the same time (2010-2013), he worked as CEO for the Czech Republic, Slovakia and the Baltic States in the e-commerce group Allegro belonging to Naspers, for example, he holds Facebook shares. He got to Allegro after selling his own real estete startup Bezrealitky.cz, which was the first startup in the Czech Republic to use Google map technology. Even before the age of thirty he had a successful exit and the role of CEO in a multinational e-commerce group and portfolio of investments in global startups.

Today, through Rockaway Capital, it is trying to give the term “internet business” a broader meaning - in other words, to build internationally successful companies using digital technology. Rockaway focuses on e-commerce (Mall Group and Heureka Shopping), e-travel (Invia Group), book publishing (Euromedia Group) operating in the DACH and CEE regions. He plays an active role in these companies and participates in their management. In addition to the main pillars of the portfolio, it is still looking for new opportunities among global technology startups and in the field of fintech and blockchain. In 2018, Rockaway-managed companies generated aggregate sales of over EUR 2bn, and employ more than 5,000 people in 17 European countries.

Jakub Havrlant in the media: